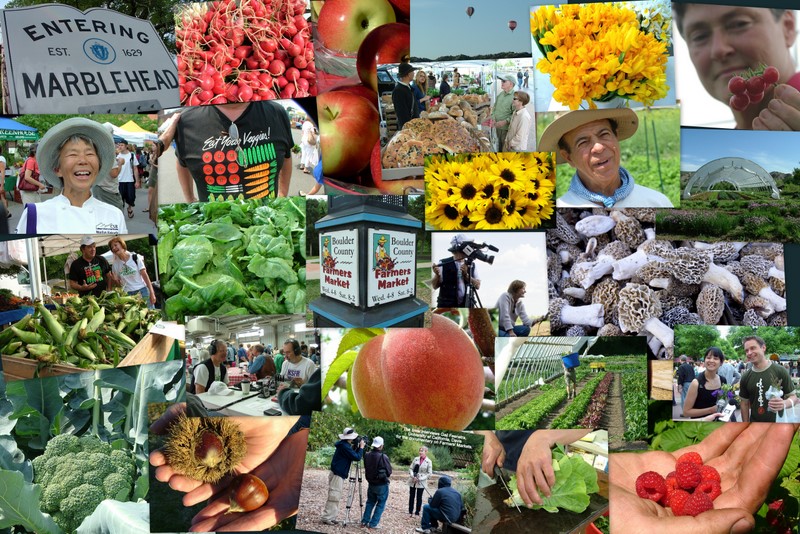 In July 2010, I visited the Farmers’ Market in Davis, California to see if it could represent the remarkable growing national phenomenon called Farmers’ Markets. I wanted to cap my filmmaking career with a beautiful documentary that told the intimate and complex story of the nutritional, economic and social importance of Farmers’ Markets in America. 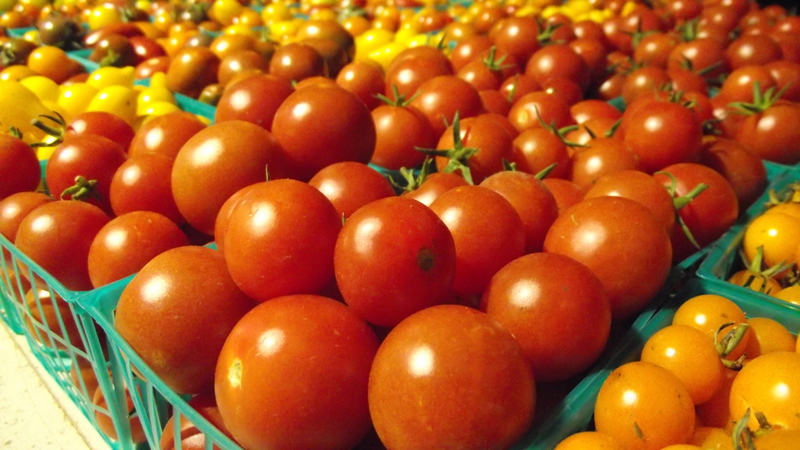 To secure the location and determine if this was the right place to film, I met with farmers, spoke with the Mayor and Chamber of Commerce, visited the market and experienced the extraordinary enthusiasm and love that characterized this unique community. I could see that this market — of all the 14 markets we had visited throughout the country — was truly special enough to become the centerpiece of the documentary. 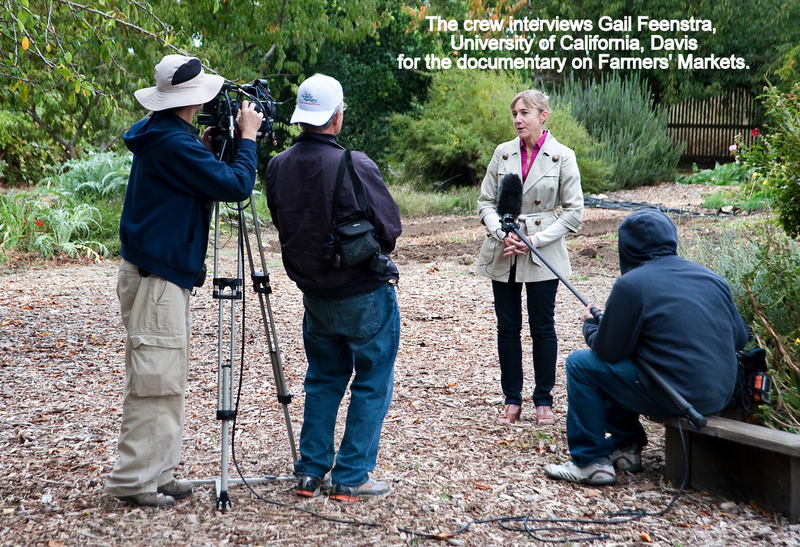 In October 2010, I brought a small crew to Davis and spent 10 days filming, interviewing and enjoying the ambience of the food culture of Northern California. Although there were times when I felt like this endeavor would never fly, I’m pleased to say that the effort and dollars were well spent, not only because the film shows why Farmers’ Markets have grown in remarkable numbers during the last decade, but because I was able to do it the way I wanted – with complete freedom to succeed without interference from a client or money source. 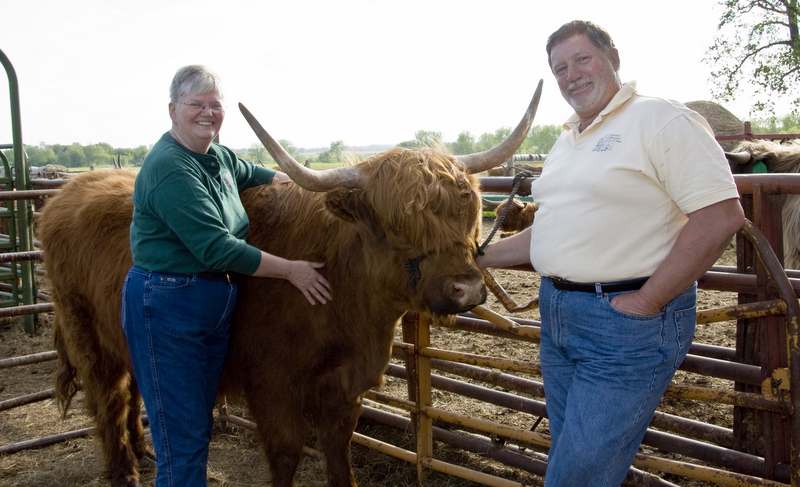 After a year of post-production, the resulting documentary – Farmers’ Markets: Love at First Bite – is now complete and ready for viewing. It’s purpose? To bring awareness to individuals and families that farmers’ markets are more than fresh, local food. They are economic catalysts for small farmers and communities of all sizes. And most importantly, they offer a regular festive environment for neighbors and friends to meet once a week, celebrate their togetherness, learn from each other and enjoy the riches of the harvest. With today’s technological dis-connectedness, there is still a place where we can meet eye-to-eye and share the love of tastes, touches, sights and sounds that can bring joy to our lives. Check out the farmers’ markets in your community and experience the rewards for yourself.

We’ve entered the film in several film festivals and Snag Films is very interested in distributing. For more information about the film visit www.OnlyatFarmersMarkets.com

Mike Lee is a filmmaker who lives in the Chicago area and has enjoyed a 40-year career of filmmaking, marketing and consulting.

Watch the Trailer for Farmers’ Markets: Love at First Bite

See the Full movie full movie on YouTube by clicking here.
The DVD is available for purchase at www.OnlyatFarmersMarkets.com.

Read about the film premier and television coverage

Oh, What a Night

It was love all around for Farmers’ Markets: Love at First Bite – our just-completed short documentary. The “World Premier” of the movie appeared on the big screen at the Varsity Theater in Davis, California on Sunday evening, September 18, 2011 with 200+ people in attendance and an MC to introduce it. OMG – what a thrill to experience this highly public display of what has taken over 18 months to produce. Fantastic. Fun. Out-a-sight! 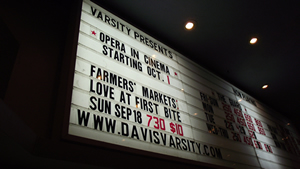 The market’s leadership set up a special reception outside the theater with food from the vendors to whet the appetite of the audience. When the theater was ready, the crowd moved inside and buzzed with excitement. As the lights dimmed in the theater, you could hear a pin drop. The opening music played over the stereo speakers as the title spread end-to-end across the 50-foot screen. My heart was beating in eager anticipation, as the opening lines “What’s not to like about farmers’ markets — colors, flavors, smells, people. It’s just a lot of fun” filled the space.

CBS 13KOVR & CW 31 KMAX collaborated in sequential broadcasts the day of the premier of Farmers’ Markets: Love at First Bite – September 18, 2011 in Davis, California. Randii MacNear and Mike Lee are interviewed on Good Day Sacramento in the early morning and then Reporter Laurie Wallace filed a report from the movie theater where the premier was held. The premier was a terrific success. 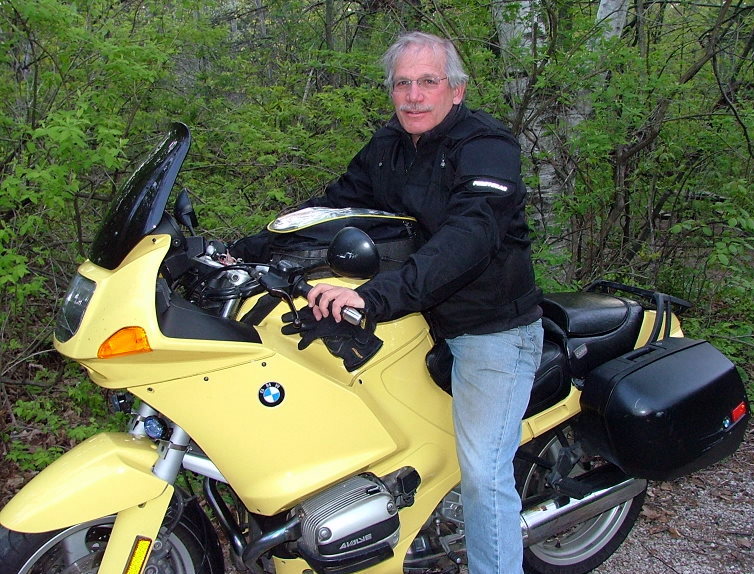 Mike Lee began his career in broadcast and business communication as a director/cameraman for the NBC affiliate in Phoenix. He held similar positions at the ABC and the Public Television affiliates in Philadelphia before becoming executive producer at production companies and corporations in Philadelphia and Chicago. Mike has produced over 250 corporate videos and television programs during his 40-year career as a film-maker and corporate communication professional, creating a national public awareness campaign for Vietnam-era veterans for the United States Department of Labor as well as videos for Baxter, Abbott, Chrysler, Allstate, Case, Rockwell, Unisys, Ford, and Alcoa among others. He has directed crews and conducted interviews worldwide with major clients including Hewlett-Packard, Continental Airlines, UPS, Guidant, Suez Lyonnaise des Eaux, and Honeywell. More recently he lead the communication function of one of the largest private pension funds in the country after 16 years with the global HR consulting firm, Hewitt Associates.

Writer, photographer, director and interviewer, Mike is known for his artist’s eye and gentle approach. Evidence for his love of fresh fruit and vegetables is visible in his uplifting documentary on healthy lifestyles, A Matter of Choice, ©2003, as well as numerous articles published on his web site www.OnlyatFarmersMarkets.com.

Mike resides on fresh-water 500+ acre Long Lake 35 miles northwest of Chicago. He continues his video adventures with the production of promotional videos for small businesses and farmers’ markets.

You can follow Mike on his YouTube Channel, Facebook.com and Linkedin.com and he would love to hear from you.
Email him at  mike@onlyatfarmersmarkets.com.