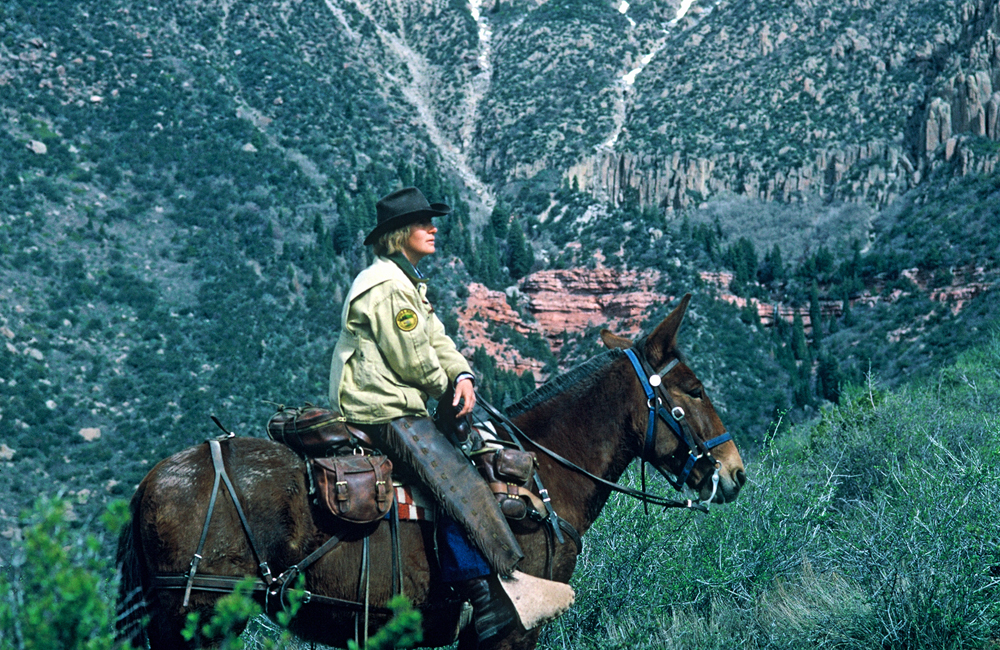 The college will honor Morse on Tuesday, April 9, at its Maine campus for her accomplishments in wildlife monitoring and conservation, and raising public awareness of the need for habitat protection. The award will be presented through the college’s Women in Environmental Leadership Program (WE Lead). Each year the WE Lead program recognizes a professional woman who demonstrates outstanding leadership in an environmental field and serves as a model for future generations of women environmental leaders. 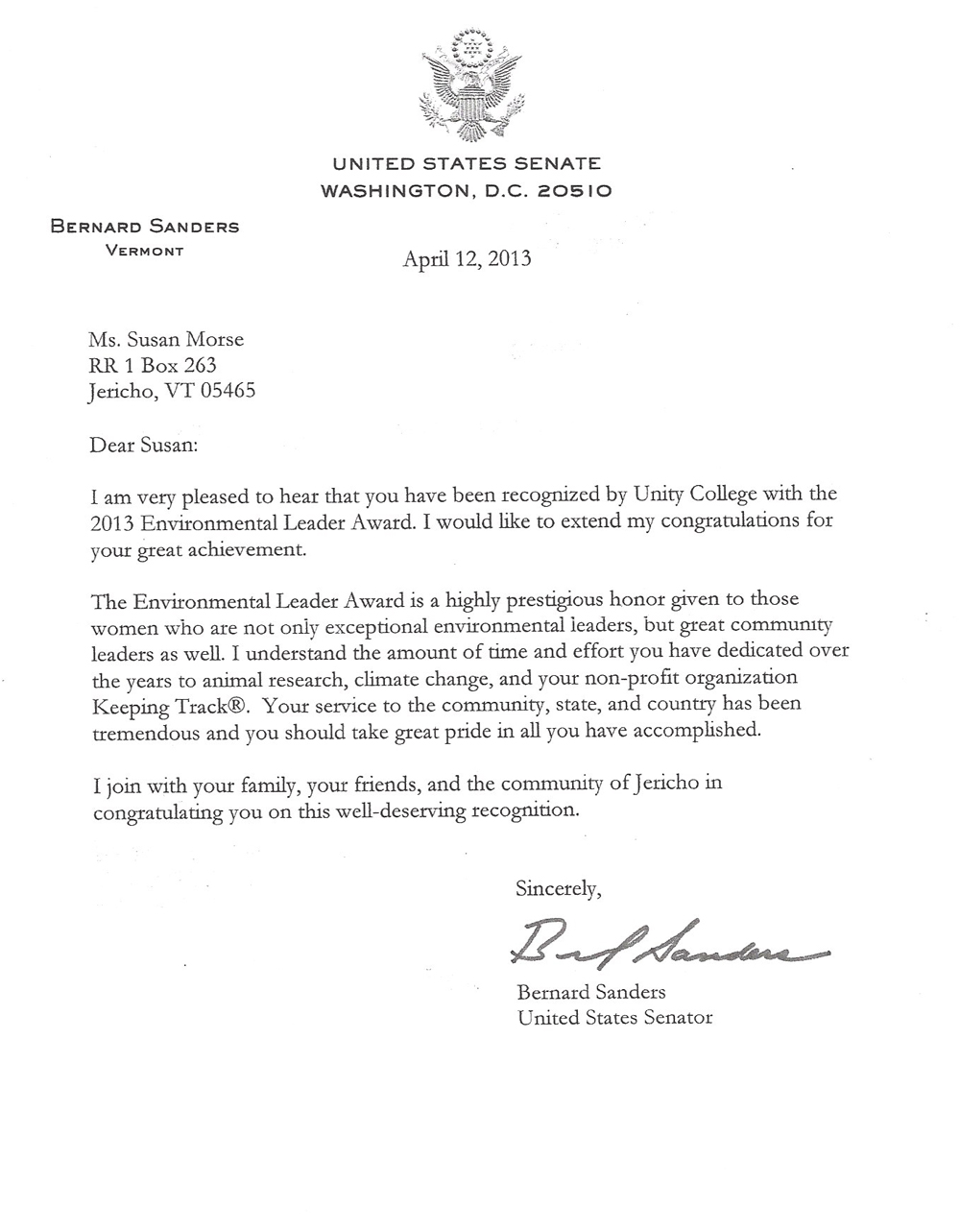 Read the complete Press Release by downloading the PDF here. 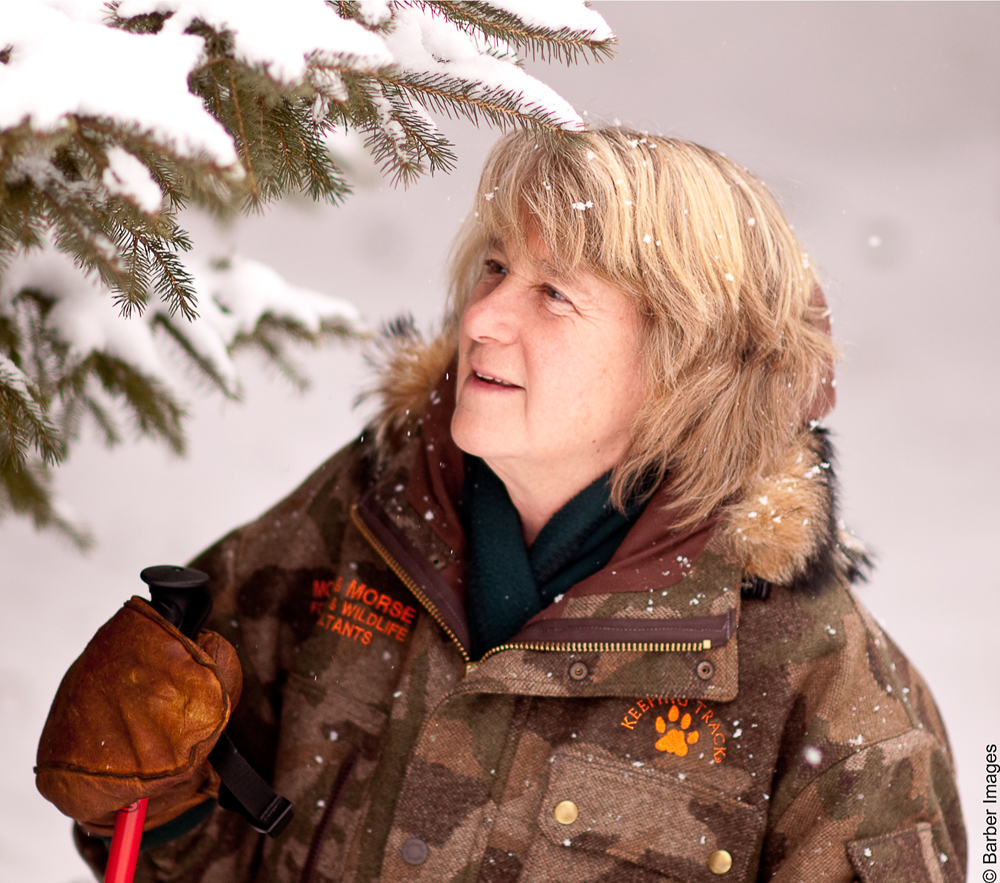 Susan C. Morse is highly regarded as an expert in natural history and one of the top wildlife trackers in North America. Since 1977, she has been monitoring wildlife, with an emphasis on documenting the presence and habitat requirements of bobcat, black bear, Canada lynx and cougar.

In 1994 Sue founded Keeping Track®, Inc., a non-profit organization dedicating to inspiring community participation in the long-term stewardship of wildlife habitat. Keeping Track® trains wildlife professionals and citizen scientists to evaluate and monitor habitat health in their communities. Data collected by Keeping Track® teams have led to the conservation of more than 40,000 acres of habitat in 12 states and Quebec. At home in northern Vermont Sue’s personal vision and advocacy led to the establishment of the Chittenden County Uplands Conservation Project (CCUCP), an effort to which to date has conserved more than 8,000 acres of prime habitat. This very successful “conservation initiative”, as Sue describes it, brings together fourteen organizations that work with willing landowners in providing a means of conserving their precious land rather than defaulting to development. CCUCP has been an important and influential model for similar conservation efforts throughout Vermont and New Hampshire.

When not in the field conducting research, leading training programs or photographing wildlife, Sue can often be found presenting her findings and award-winning images to a wide range of audiences, including the general public, conservation leaders and students of all ages. Over the years, the University of Vermont graduate has served as mentor to many young people, going out of her way to take curious students on her forays and in the process inspiring many to pursue careers in natural resources.

On April 9, 2013 Sue will be presented with the Environmental Leader award from Unity College in Unity, Maine. She has also won the Franklin Fairbanks Award for lifelong work enriching the awareness and understanding of the natural world among New England residents. In addition, the Adirondack Council has honored Sue and Keeping Track® for decades of conservation work in the Lake Champlain basin bioregion.

Sue has authored numerous articles and spoken to countless audiences about wildlife, habitat and conservation. She manages her own forestry consulting business, writes a regular column for Northern Woodlands magazine, and illustrates her work with her stunning wildlife photography. Her many accomplishments have been documented in Smithsonian, Audubon, Amicus Journal, Forest Magazine, Wild Earth, Vermont Life and Adirondack Life, and on National Public Radio’s “Morning Edition.” Sue’s work and photography are highlighted in the award winning children’s book, The Woods Scientist, by Stephen Swinburne. She is currently working on a major book project for Princeton University Press.

Sue lives in Jericho, Vermont, at the edge of a rich and diverse forest she has helped conserve and which serves as a living laboratory for her own wildlife research and the training of Keeping Track® monitoring teams.

More information on Keeping Track® and Morse’s work can be found at www.keepingtrack.org. Unity College’s website is at www.unity.edu.