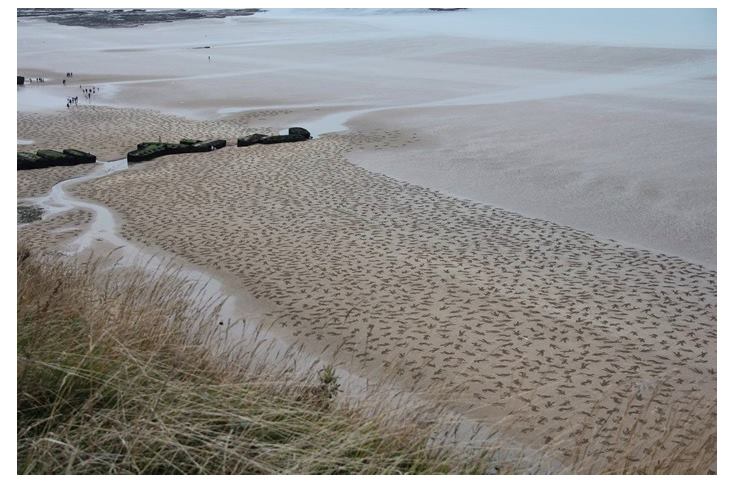 Our politicians can close the Memorials to WWII but the French in Normandy can still pay tribute to those who gave their lives for Freedom.

British artists Jamie Wardley and Andy Moss accompanied by numerous volunteers, took to the beaches of Normandy with rakes and stencils in hand to etch 9,000 silhouettes representing fallen people into the sand. Titled The Fallen 9000, the piece is meant as a stark visual reminder of the civilians, Germans and allied forces who died during the D-Day beach landings at Arromanches on June 6, 1944 during WWII. The original team consisted of 60 volunteers, but as word spread nearly 500 additional local residents arrived to help with the temporary installation that lasted only a few hours before being washed away by the tide.