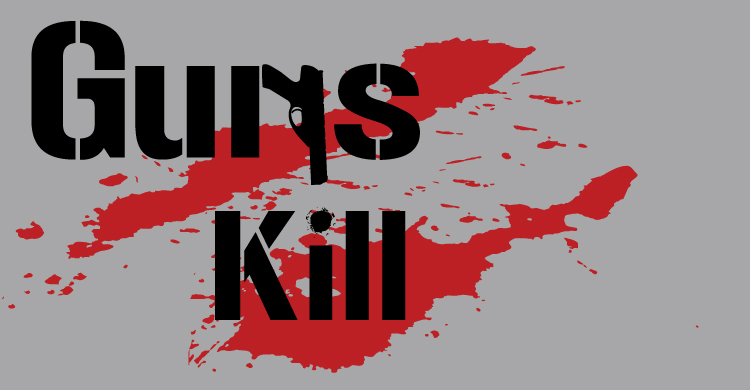 Every other day a child is accidentally shot to death

Very young children have a curiosity that will over rule all the safety instructions you have given to them even if they know the cartoon by NRA.

It is important to re-inforce that if you see a gun:

In a one-hour special, hidden cameras reveal shocking examples of what children do when left alone with a gun in the house. “Young Guns,” a “20/20″ report, airs Friday, January 31 at 10:00 p.m., ET on the ABC Television Network. ABC Anchors Diane Sawyer and David Muir explore the issue of kids and guns in interviews across America with parents who expose their young children to guns to demystify them, and parents who believe a gun is only secure from kids when it is in a safe.

Sawyer goes to a New Jersey neighborhood to talk to families about their attitudes on gun safety in the home. She also finds out whether or not they know if their neighbors have any unsecured guns and if this factor could pose a risk to their child during play dates.

The special includes interviews with parents who have lost their children to unsecured guns in their own home or at their neighbor’s house, and kids who surprise their parents by showing them where guns are “hidden.”

On the other end of the spectrum, Muir travels the country talking to parents who own guns who are convinced that educating a child about the dangers of guns is part of the solution. Many of those parents believe that teaching their children how to shoot at a young age will diminish curiosity and ensure their children’s safety around firearms.

Muir interviews a man who hosts gun parties for children as young as 3-years-old and a family who teaches their 14-year-old and 4-year-old daughters to shoot guns as an introduction to gun safety. This special will shine a light on whether or not keeping a gun in the home can successfully thwart a home intruder and if a family can protect itself if the gun is locked away.

Sawyer and Muir will be having a live conversation around “Young Guns” on Twitter before, during and after the broadcast.
David Sloan is executive producer of “Young Guns” and “20/20.” 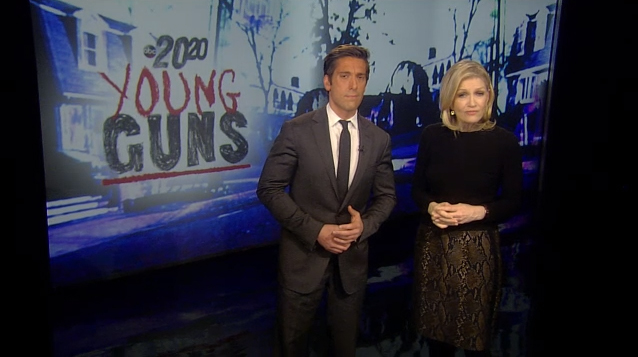 What Young Kids Do With Guns When Parents Aren’t Around

Act 1: In a hidden camera experiment, children’s reactions when they find real guns.

Here, now, Diane sawyer with David Muir. We hope to begin a conversation all of us together, about something happening around us and we truly want everyone to weigh in, people who have guns at home and people who do. We learned just this week, every hour in America, a child or teen sent to the house with a gunshot wound.

So, is there something we can do to keep it from happening? We want to be clear that tonight’s not another debate on whether people should or should not have guns. We’ll be checking online to find out what you’re really thinking.

We begin with a question, small children told not to touch a gun and what they may be doing when we’re not looking. Reporter: In homes across America tonight, from Highfield lane to county road 170, from rural Georgia to walnut avenue, in New Jersey, every third house in the neighborhood on average has guns inside. Some locked, some hidden, some out and loaded.

1. 7 million children live where there are unlocked and loaded guns and friends come to play. There’s one right there.

It’s pretty hard to find that one. It’s up there, mom. Sitting on the kitchen table. 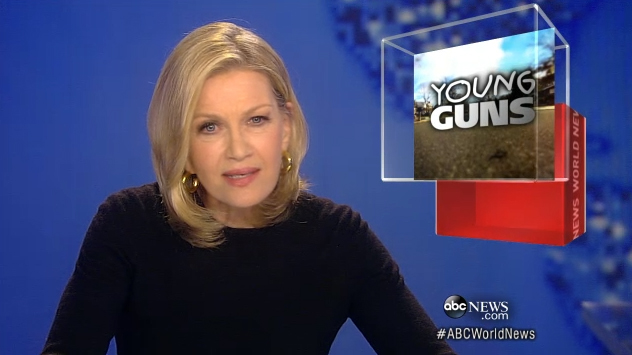 Young Guns: Can You Really Hide Guns From Children?

Dangers of guns hidden in your home and how children act when their parents aren’t looking.

And next, right here tonight, our special report on children and guns in our homes and at the neighbors’ homes, where our children play. Every other day, a child is accidentally shot to death. So, we at ABC news wanted to start a conversation about what we can all do together about making them safe.

Earlier, we showed you our little experiment. You tell kids not to touch guns. And you watch what they do when they think no one is watching.

We showed stunned parents who told their children never to touch a gun, see what the children do, when they think no one is watching. Don’t touch the gun. Reporter: When the words say don’t touch it.

Reporter: Their bodies can’t seem to resist. They look for bullets by staring right down the barrel of the gun. They re-enact the movies, aiming at each other.