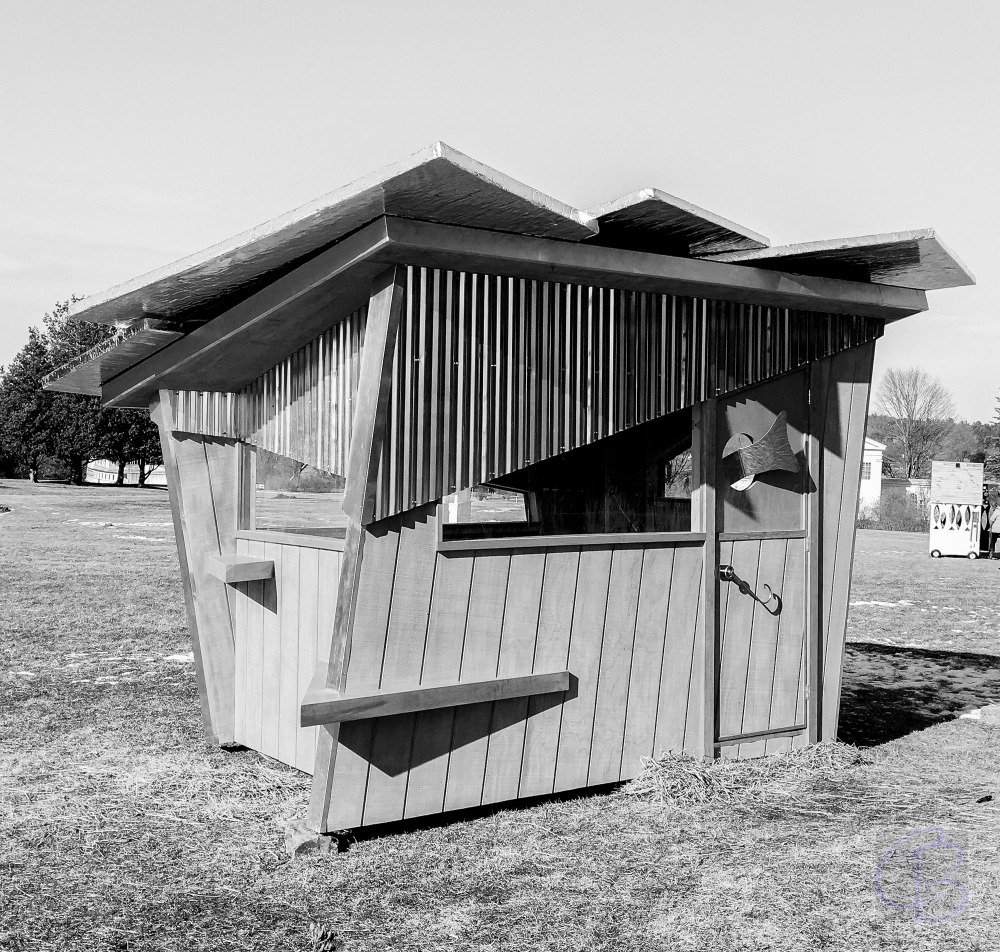 On February 26th, the Shelburne Museum had a Snow Day! It was such an absolutely awesome day that I got to spend there with Nan Patrick and Cindy Knauf. One of the exhibits we were able to see was the ARCTICtecture: The Ice Shanty Project featuring top Vermont Architecture firms. The participating firms include TruexCullins, Peregrine Design Build, Pill- Maharam Architects, S2 Architecture, and Selin and Selin Architecture. These will be on view until April 11.

Setting aside last weekend’s subzero temperatures, there’s some irony in exhibiting ice-fishing shanties during one of Vermont’s warmest winters. Still, the outdoor show “Arctictecture” at the Shelburne Museum promises fun. Assistant curator Carolyn Bauer, a Wisconsin native whose father ice fishes, asked five local architecture firms to design and build their own versions of the ice shanty — the portable structure that fishermen and -women use to block the wind while waiting on the ice for fish to bite.

For many Vermonters who pursue the sport, a pup tent (or less) is sufficient for the job. But offering architects the chance to experiment within a simple, functional rubric, without the pressure of a client’s demands, was like giving candy to a child. Each firm was granted a modest stipend and just one parameter: The structure must fit on a trailer.