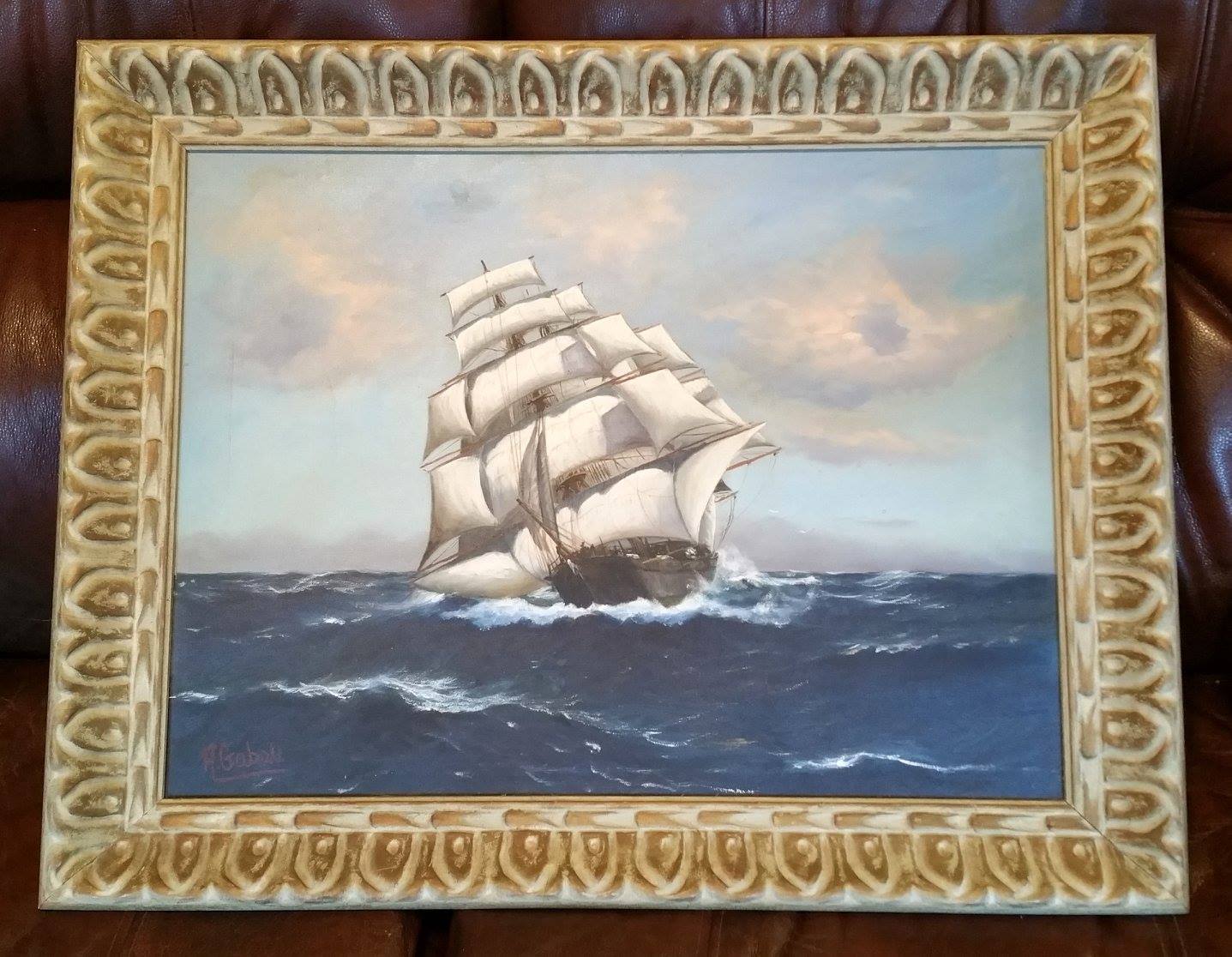 When my four brothers and I were kids, our parents would take us on vacations to Cape Cod. Invariably, we would rent a cottage at Grand Cove in West Dennis. Just up the road from the cottage was an artist who painted seascapes and old clipper ships. His name was Alfred Gabali. I would say to him, “Sir, your paintings are incredible. It’s as if one can look right down through the waves. Your clipper ships are amazing.” Alfred would reply, “I sailed the seas for twenty years. I know every wave!” I loved watching him paint and, even as a kid, yearned to own one of his clipper ship paintings.

A few years ago I emailed a number of art studios on the Cape which may have had some information on the artist and, hopefully, some of his paintings. I erroneously told them that his name was Gabaldi (not Gabali) and that his studio was on Route 28 in West Dennis. I received many courteous replies, all of which said they had not heard of him but would be on the lookout for his paintings.

Finally, one gentleman replied with “His name was not Gabaldi. His name was Gabali … Alfred Gabali. I had some of his beautiful paintings, but don’t have any at the present time. His grandson, Bill Gabali, has a website to honor his grandfather.” I checked out the website and, sure enough, it was all about Alfred Gabali with all kinds of pictures! The website had an email address … Bill and I connected and have been friends ever since.

Upon connecting with Bill, I shared the following with him: I wrote a poem titled “I Can Return So Easily” when I was in high school. The poem speaks of my fond memories of vacationing on Cape Cod with my brothers and parents. One of the poem’s stanzas was about his grandfather … “A painter, an artist, who sailed in early days, captures with his clever brush the ship, the sea, the bay. Those canvases of sailing, reflections of his past—such beauty I loved to see, in memory will it last …” 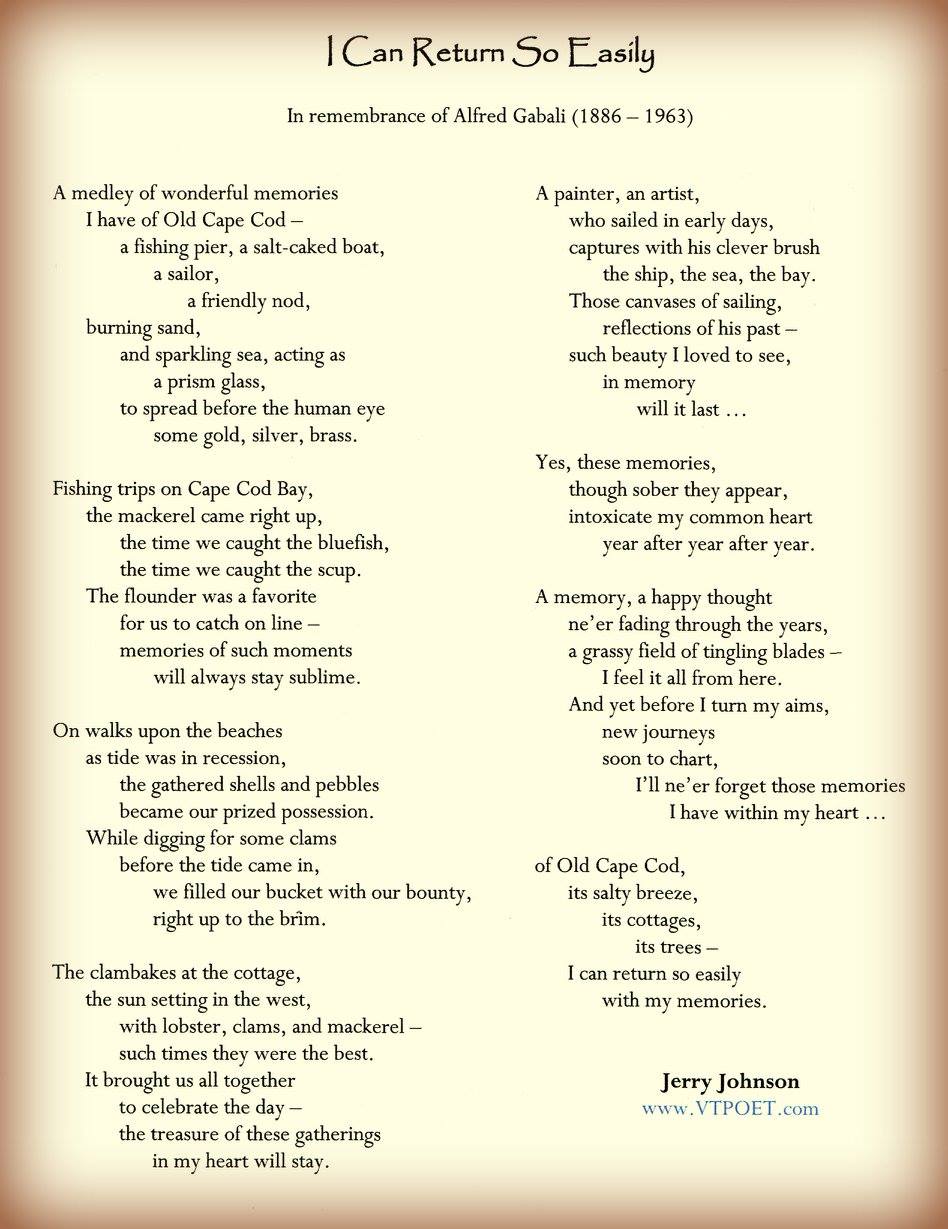 In 2004 I published my first book, A BED OF LEAVES. “I Can Return So Easily” is one the poems in the book. (I hope to publish a second edition of this book someday.) I emailed the poem to Bill and sent him a copy of my book. Bill put the poem on his website. Shortly after that, he sent me an 8” x 10” Alfred Gabali painting. I was thrilled. But I still yearned for one of Gabali’s clipper ship paintings. 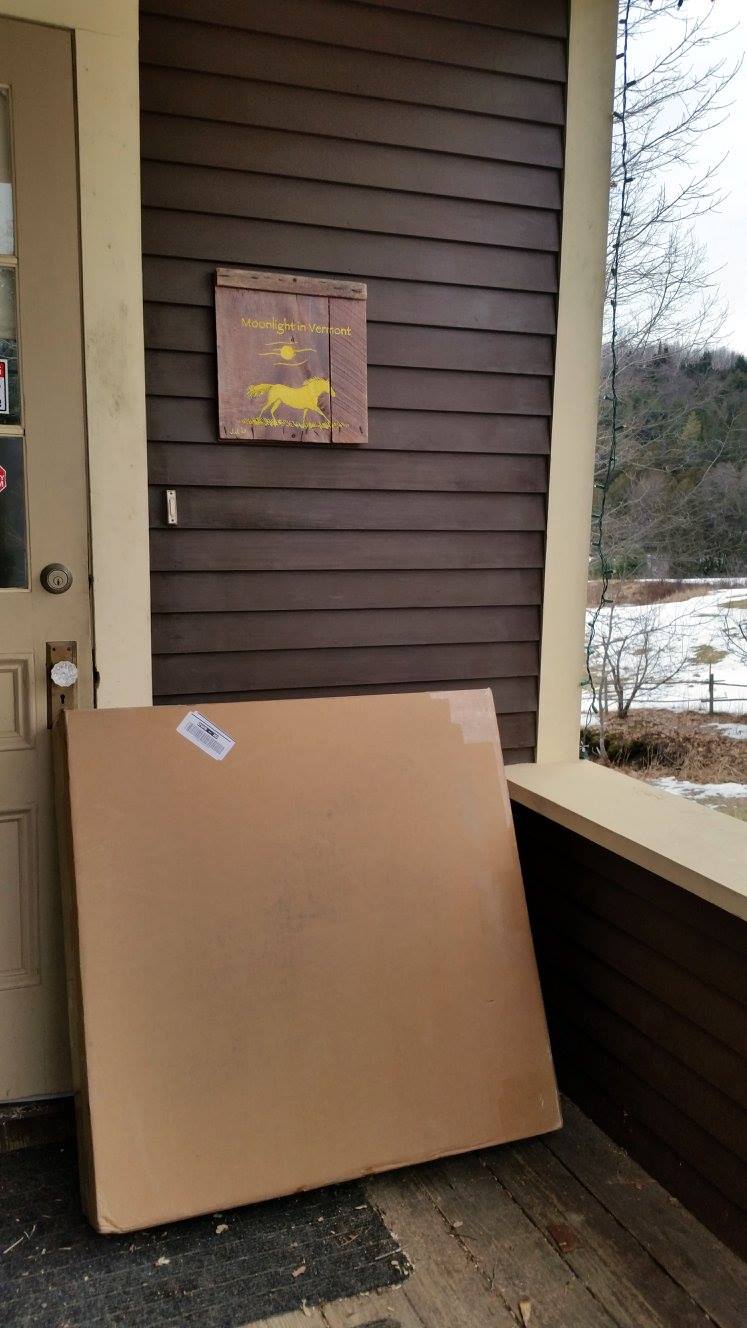 This story will now get truly unbelievable! On February 10, 2017 I came across a Facebook private message to me dated 11/11/2015 … a year-plus-old message I somehow had never read. It was a message from Joy Baker who, at the time, was not one of my Facebook friends. Her message said “Mr. Johnson, I came across your post because I am trying to do some research on Alfred Gabali, the artist. I am in possession of one of his paintings that is addressed on the back of it. Just wondering if you mind trying to answer a few questions for me concerning this painting. If you don’t mind just let me know. Thank you.” How did I miss this message!!!

Joy proceeded to message and email me photos of her Alfred Gabali 18” x 24” painting of a clipper ship. I would email them to Bill. Long story made short … it was definitely a Gabali original, titled “The Flying Cloud.” The Flying Cloud was a clipper ship Gabali sailed on as a seaman! I asked Joy if she would sell the painting. She said yes!

Yesterday a big box appeared at my schoolhouse entry way. It sort of reminded me of the movie CAST AWAY, starring Tom Hanks. How many remember the “unopened package” in this movie and how it was eventually delivered years later? I opened the box and, sure enough, it was Gabali’s painting of the Flying Cloud!

I have attached photos of the painting, the box it came in, and my newest version of “I Can Return So Easily.”