A Penchant for Portmanteau 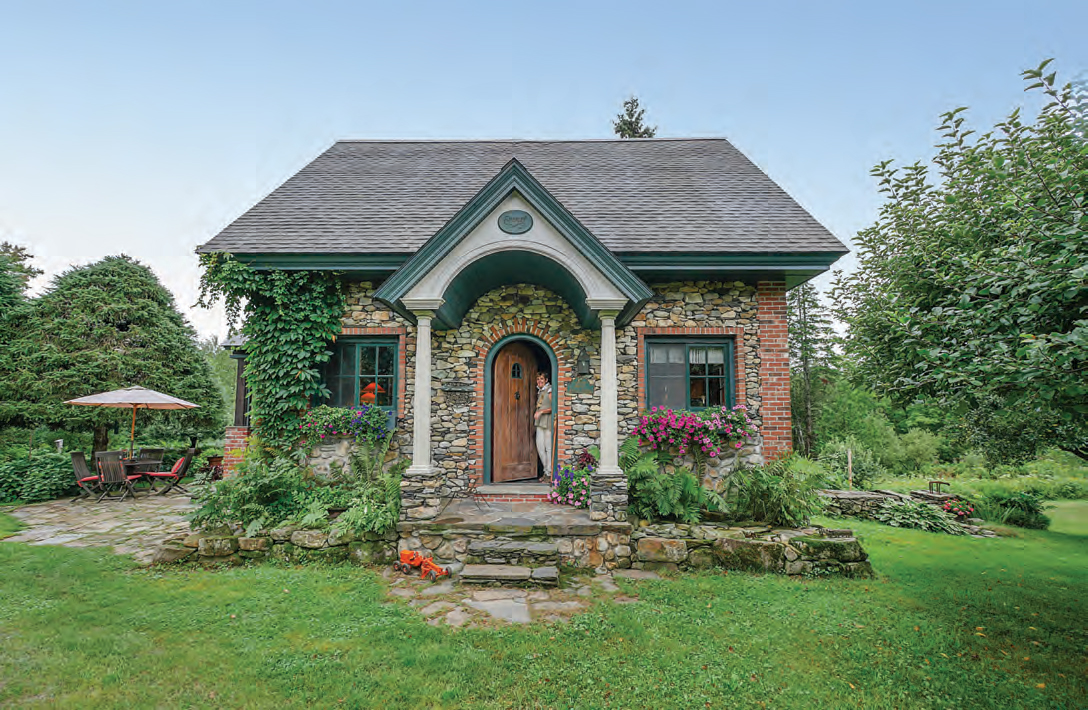 DRAWING FROM HER FAMILIAL ROOTS and a literary love, homeowner Lynda Graham-Barber named her first stone cottage, “Emerley,” a portmanteau word using the first four letters of her father’s name, Emerson, and combining it with the first line of Daphne du Maurier’s novel Rebecca: “Last night I dreamt I went to Manderley again.” She took the “-ley” from Manderly “and I fused it with the ‘Emer-’ from quite large and had come from Europe, probably from a café or store.” One can see the word Bagatelle etched in the glass and centered, with a Roman design framing the edges. Lynda was a French major in college and says she has always loved the language. Lynda’s present husband, David Hunter, was the architect, and when they were in the junk shop, she said, “David, we have to buy that win-dow! And when he asked why, I said ‘because it’s going to be in the bathroom of something we haven’t built yet!’” The couple had to pack it up and bring it back to Vermont in a camper, which Lynda adds “wasn’t easy.”

Read the VERMONT MAGAZINE article by downloading the PDF.